Going to college was something I always thought was normal, but when it came time for me to start the process, I realized it was not normal for someone like me. I would hear my friends and classmates talk about all the different schools they were applying to and touring during my last semester of high school. I would follow along and pretend that I was doing the same. I say this because the harsh reality is that everything was completely different for me, and I did not want to be left out. I also had this uncertainty of what was to come when applying because policies make it known that undocumented students and Dreamers are not supposed to go to college.

There are over 3000 students graduating each year from NC schools that are facing this same uncertainty (Migration Policy Institute, 2019). I’ve joined other students in Our Turn, an organization focused on developing and engaging young people as leaders in their education, to advocate for our representatives this year to pass a bill that would allow all students to receive in-state tuition, regardless of citizenship status (citizen, Deferred Action for Childhood Arrivals [DACA], Temporary Protective Status [TPS], etc.). 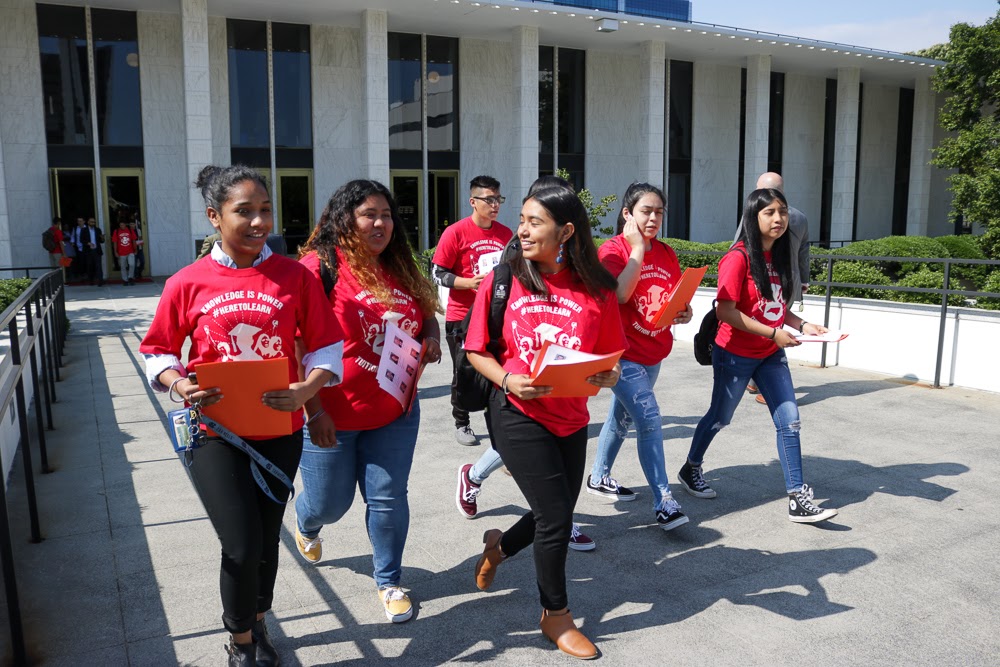 Student leaders from Our Turn and Adelante Coalition advocating at a legislature in 2019 on the tuition equity issue. Photo taken by Jon Hebert, former Our Turn staff member.

At current rates, the state invests an average of $10,615 per student, including undocumented students, from Pre K- 12 to ensure student success. By all measurements, I would have been a great return on the state's investment because I not only attended North Carolina public schools since I was in 3rd grade, but I also earned 60 credits while attending early college at UNC Charlotte while in high school. And, I intend to continue being part of North Carolina’s growing banking industry as an accountant after graduation.

As MyFutureNC states, our education system and economy are out of sync. “As our economy grows, the vast majority of new jobs require more than a high school diploma—something that less than half of North Carolinians ages 25-44, and even fewer from economically disadvantaged backgrounds, currently have.”

Former Representative John Fraley supports tuition equity for this reason and shares, “NC is short hundreds of thousands of 25-44 year-olds with the postsecondary certificates or degrees necessary to keep our state economically sound and business focused. Hispanics have made up 82% of the growth in NC K-12 public school enrollment over the last 20 years. If all these NC-located students aren’t given this fair opportunity, the state will never meet its attainment goals. This is not an immigration issue, which NC can do nothing about, it is an education and workforce development issue.  In addition to just doing the fair and responsible thing like 22 other states, we must have the vision and courage to respond to the needs of our state, the economy and the students themselves.”

There are workforce shortages in critical fields, including STEM related jobs, nurses in healthcare, and teachers in our education system. For example, By 2025, North Carolina is projected to have the second-largest shortage of nurses in the nation—a deficit of nearly 13,000—according to a recent Georgetown University report.

Not only would a change in our state’s policy support workforce development needs, it would positively impact our local economy by increasing revenue to higher education institutions and generate more income tax through increased wages of college-educated professionals. With more undocumented, DACA, and TPS students paying in-state tuition rates, the costs help employ others in our state from essential workers to academic faculty.

Being the first one in my family to even apply to college, I was completely lost and not well versed on my options because of my situation. The process was stressful while I tried to figure out financial aid options by tirelessly reaching out to different institutions, often being passed from one voicemail to another, and carefully navigating how much information to share about my situation to ensure I didn’t put my family at risk.

Once I got to Wingate, I met a lot of people that were in the same situation as me, and I realized how big of an issue it was. I know many people that give up and do not go to college because they cannot afford out-of-state at public institutions, even though they have lived here and paid taxes most of their lives. In North Carolina alone, undocumented immigrants contributed over $277 million dollars in state and local taxes in 2014 (Institute on Taxation and Economics, 2014).

“Any student who attended and graduated from a North Carolina High School and whose parents pay taxes and reside in North Carolina and who meets postsecondary admission requirements deserves the opportunity to further their education at in-state tuition rates. This is fair and necessary in order for North Carolina to have the educated workforce required for the future of North Carolina. I applaud the work these students are doing to obtain this opportunity,” states former Representative Craig Horn.

College decision day was recently celebrated on May 1st. Sadly, many students were not able to experience the excitement that comes with this special day, even though they have worked just as hard and met the same qualifications as other students. There is still a window of opportunity to pass legislation on this issue this session before the budget is finalized.

I’m hopeful more of our Senate and House leadership sees this as a policy that benefits our economy by investing in young people to limit wasted potential and contribute toward workforce development shortages. By growing our potential and earnings that can increase revenue for the state, our leadership can achieve a more optimal return on the investment they spend on students during their time in Pre K- 12.

See the original article at 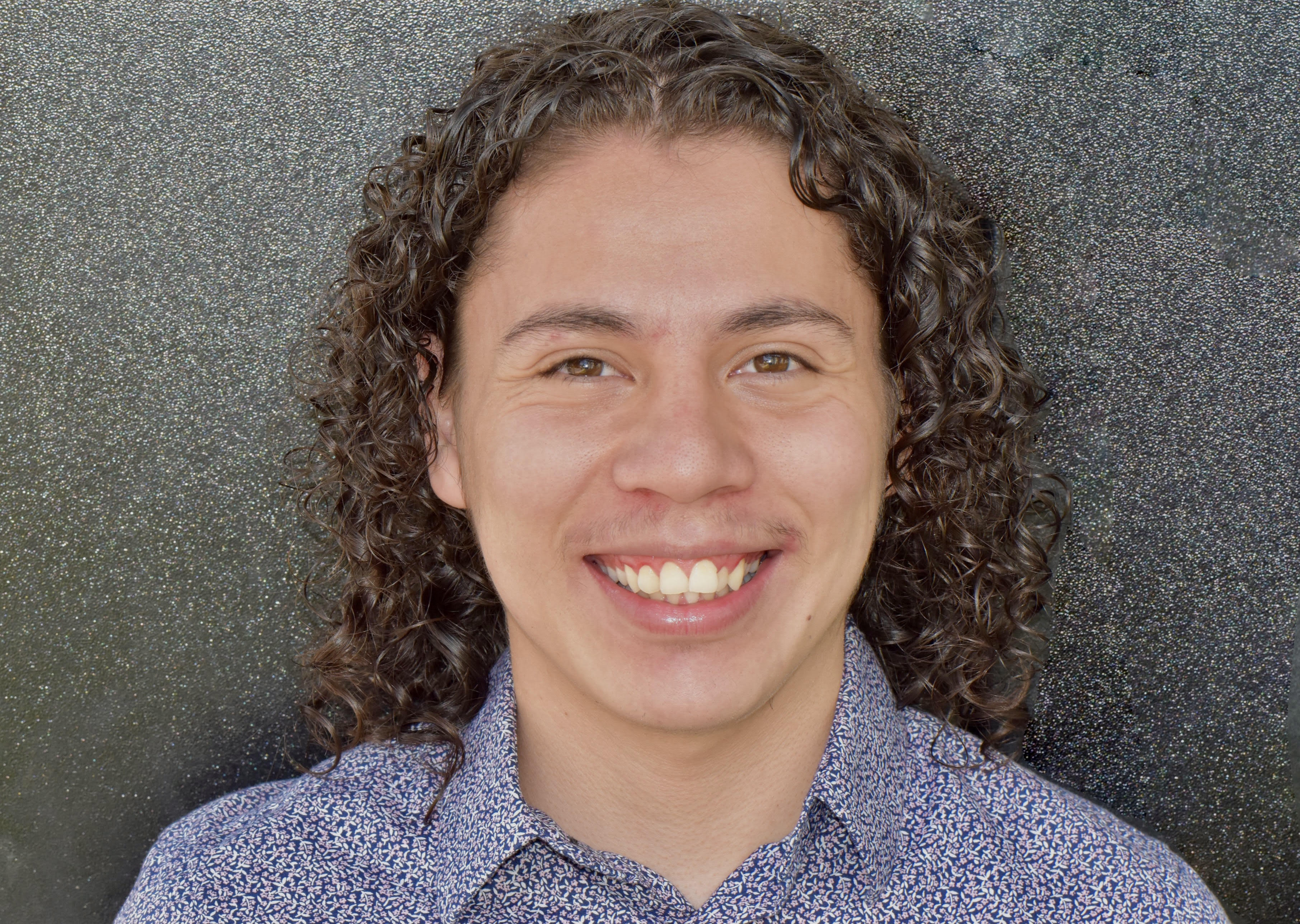 "My name is Juan Gonzalez Mendoza and I am currently a senior at Wingate University majoring in Accounting and minoring in Spanish. I am a member with Our Turn, and I am part of the One State One Rate campaign. After graduation, I intend to join the growing banking industry in Charlotte."